Photos of rainbows above Ljubljana and its surrounding areas are often posted on Instagram, delighting visitors and earning many likes. What makes rainbows so magical is their unpredictable nature, lasting for just a few fleeting minutes or seconds, and the photographer has to ready to quickly capture it. But the joy evoked by their colours and energy is all the greater.
Some rainbows photographed over Ljubljana are complete, some are partial, some are single, others are double, and they are photographed in different parts of the city. Combined with various buildings and ambiances in the city, they form interesting visual images, earning a post on our blog. We would like to thank all photographers who allowed us to post their photos of rainbows. We have not been able to contact some of them, and we invite them to contact us. And we would like to invite you to visit their Instagram profiles, where you will find many interesting and excellent photos. Links to their profiles are under the photos. 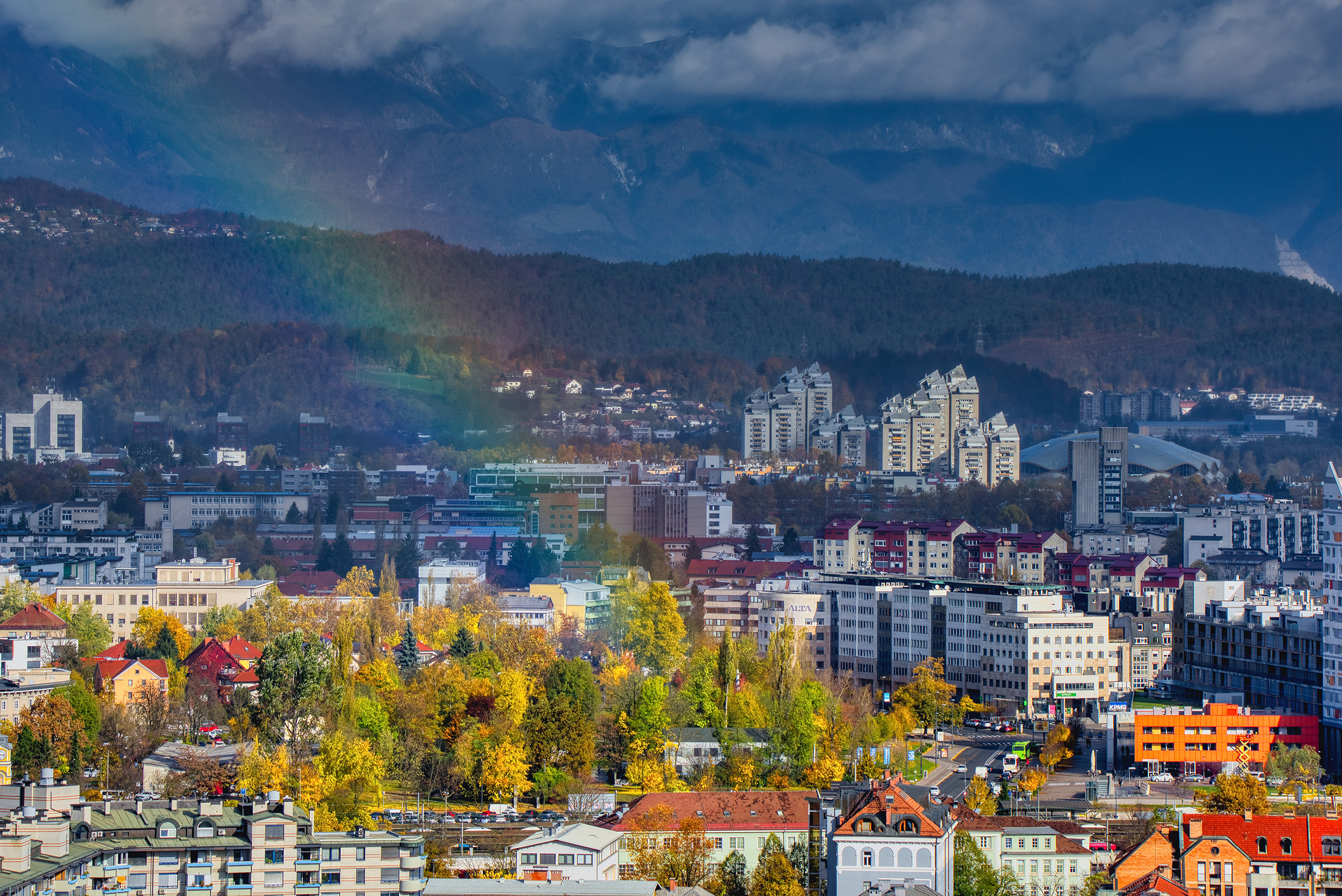 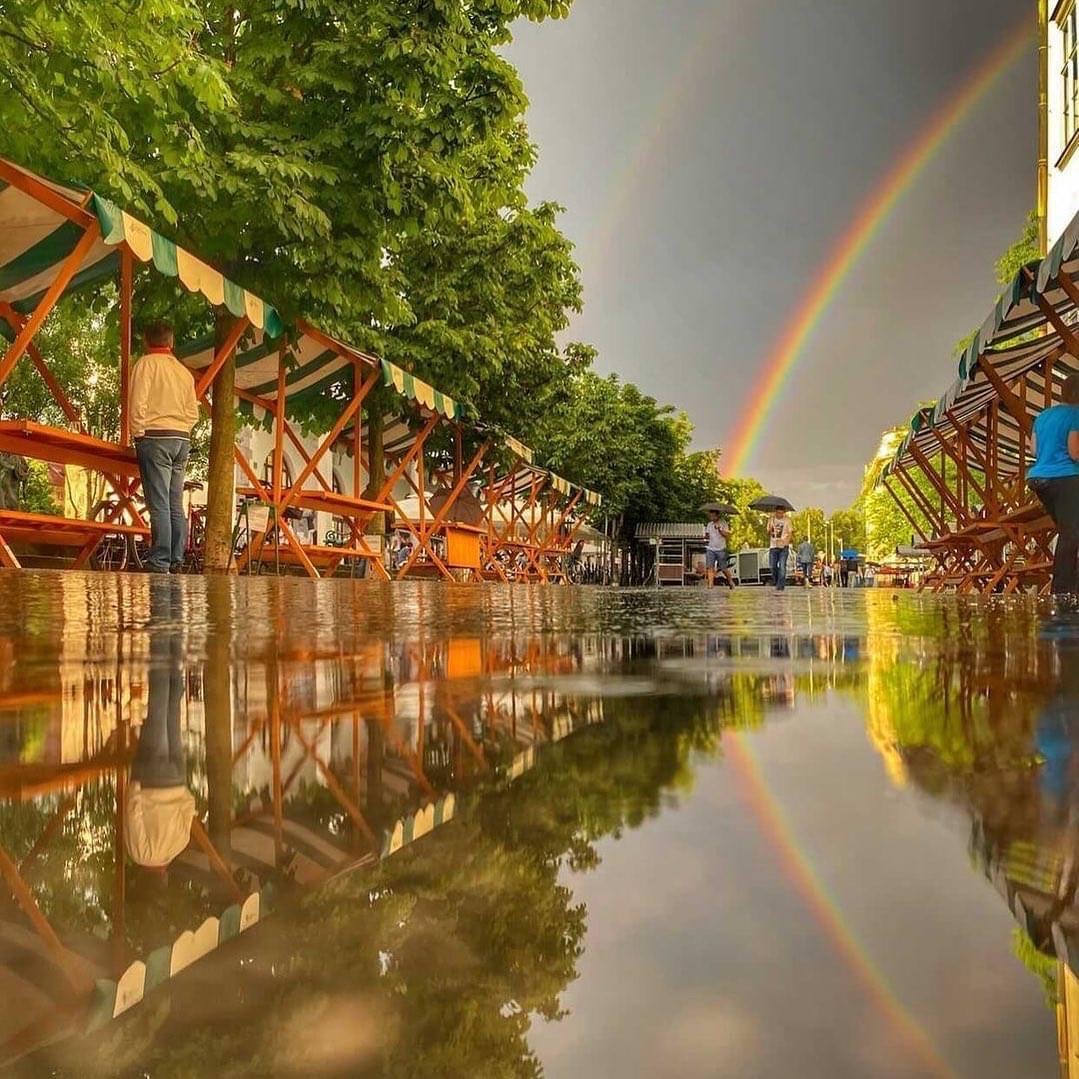 This double rainbow was captured by Betka Šuhel (@betkasuhel) at the Ljubljana Central Market; what makes it even more beautiful is its reflection on the wet ground. 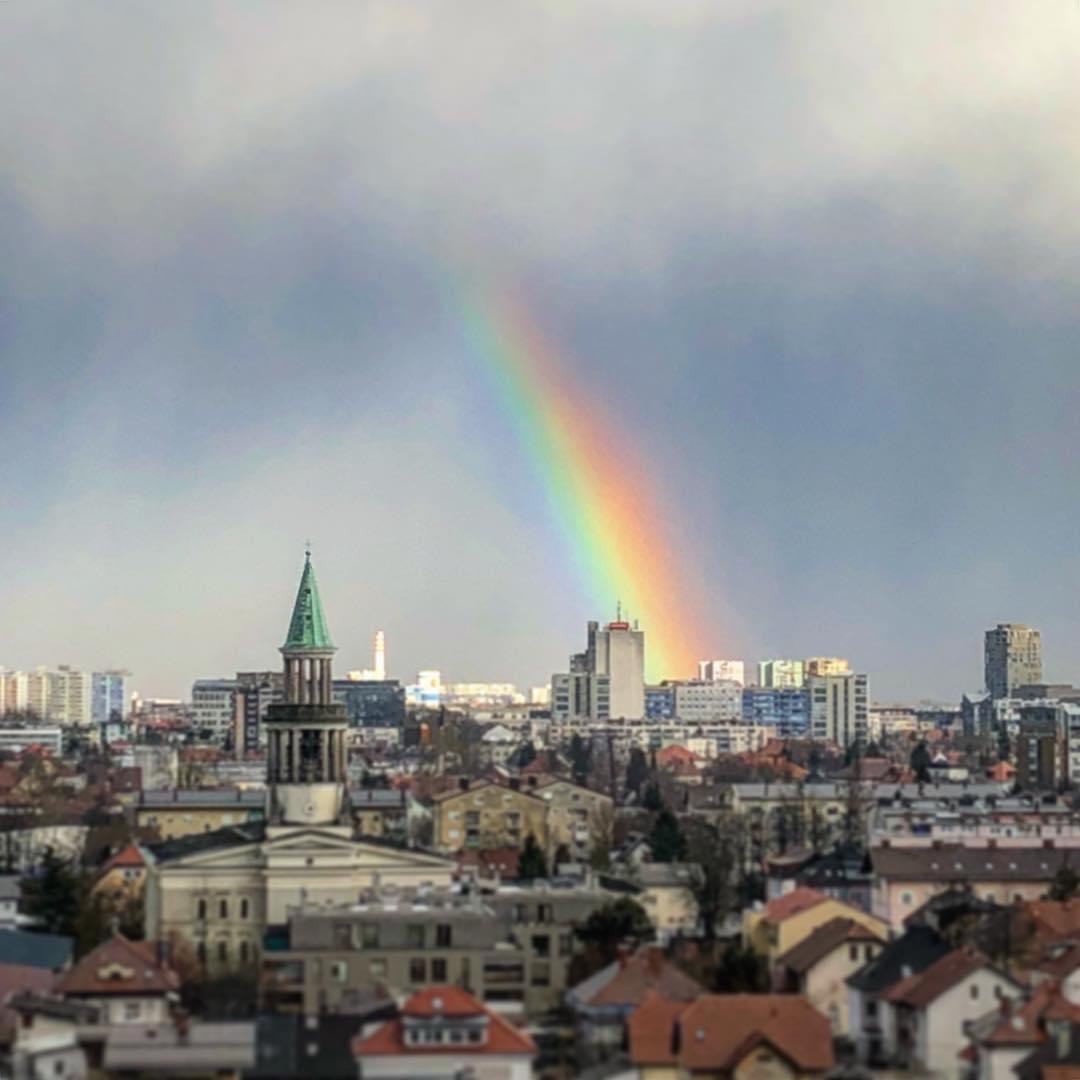 Šiška in all its beauty, with Plečnik’s church in the background. Kino Šiška (@kinosiska) was successful in capturing this rainbow. 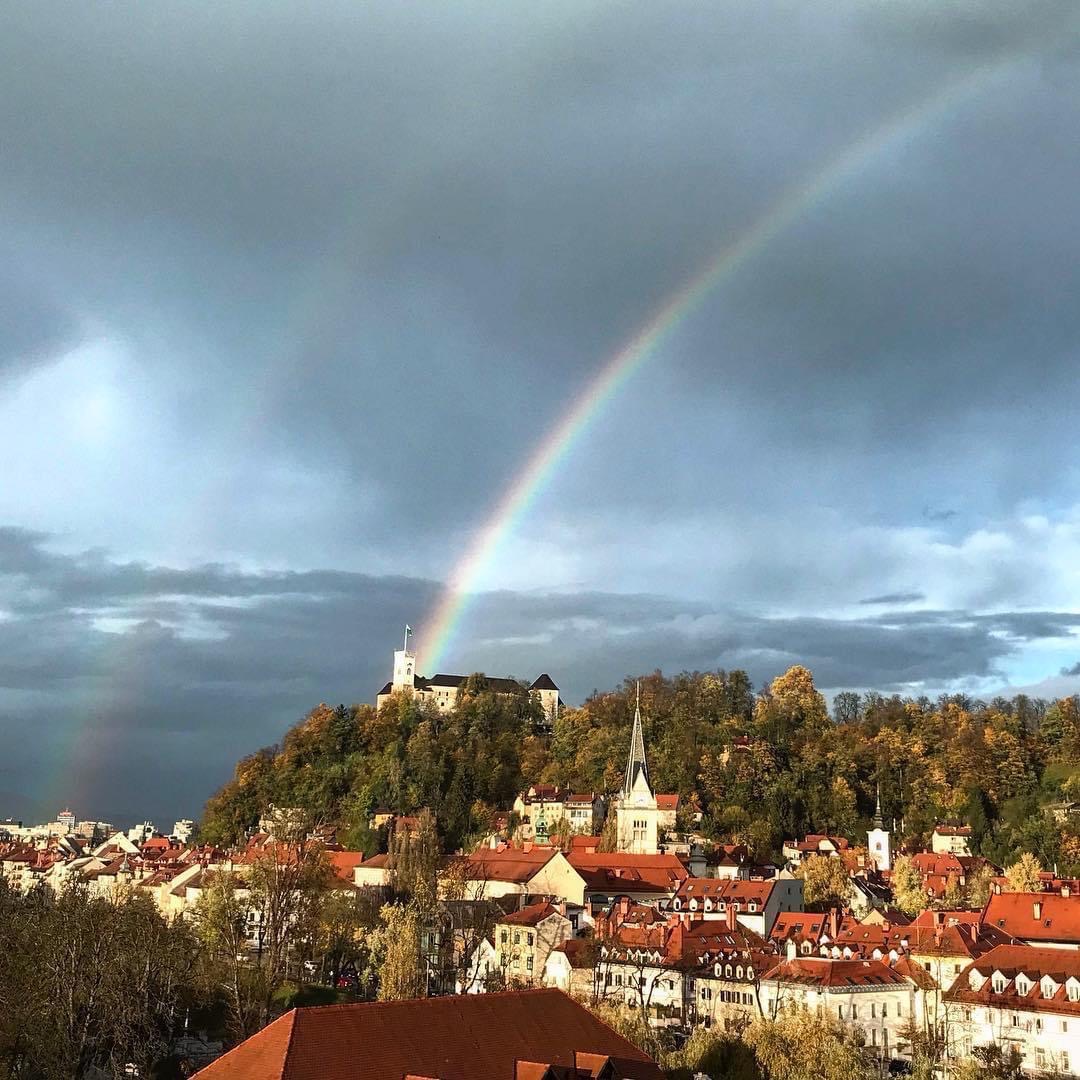 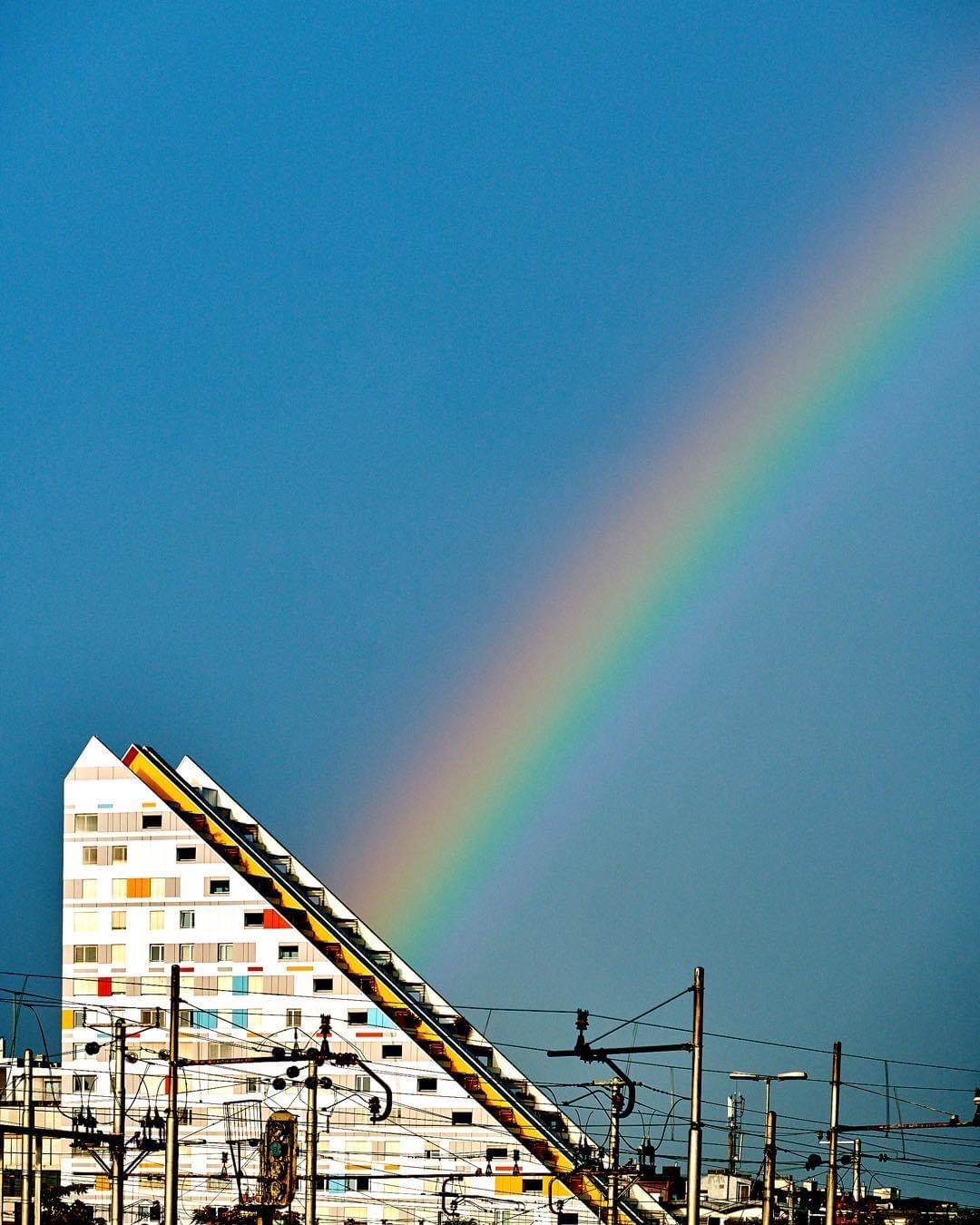 The rainbow photographed by Iztok Medja (@iztok_medja) creates a beautiful composition with a skyscraper, locally known as a ski jumping hill, also matching its colour scheme. 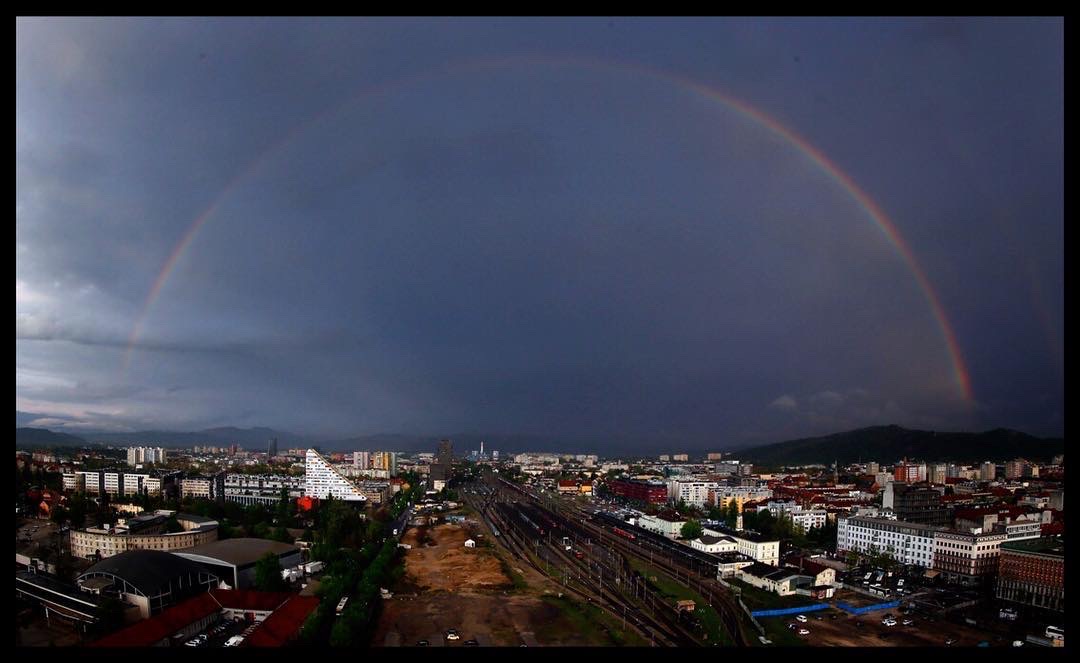 Matej Družnik (@matejdruznik) captured a full half of the rainbow arch above Ljubljana, probably from a higher location. 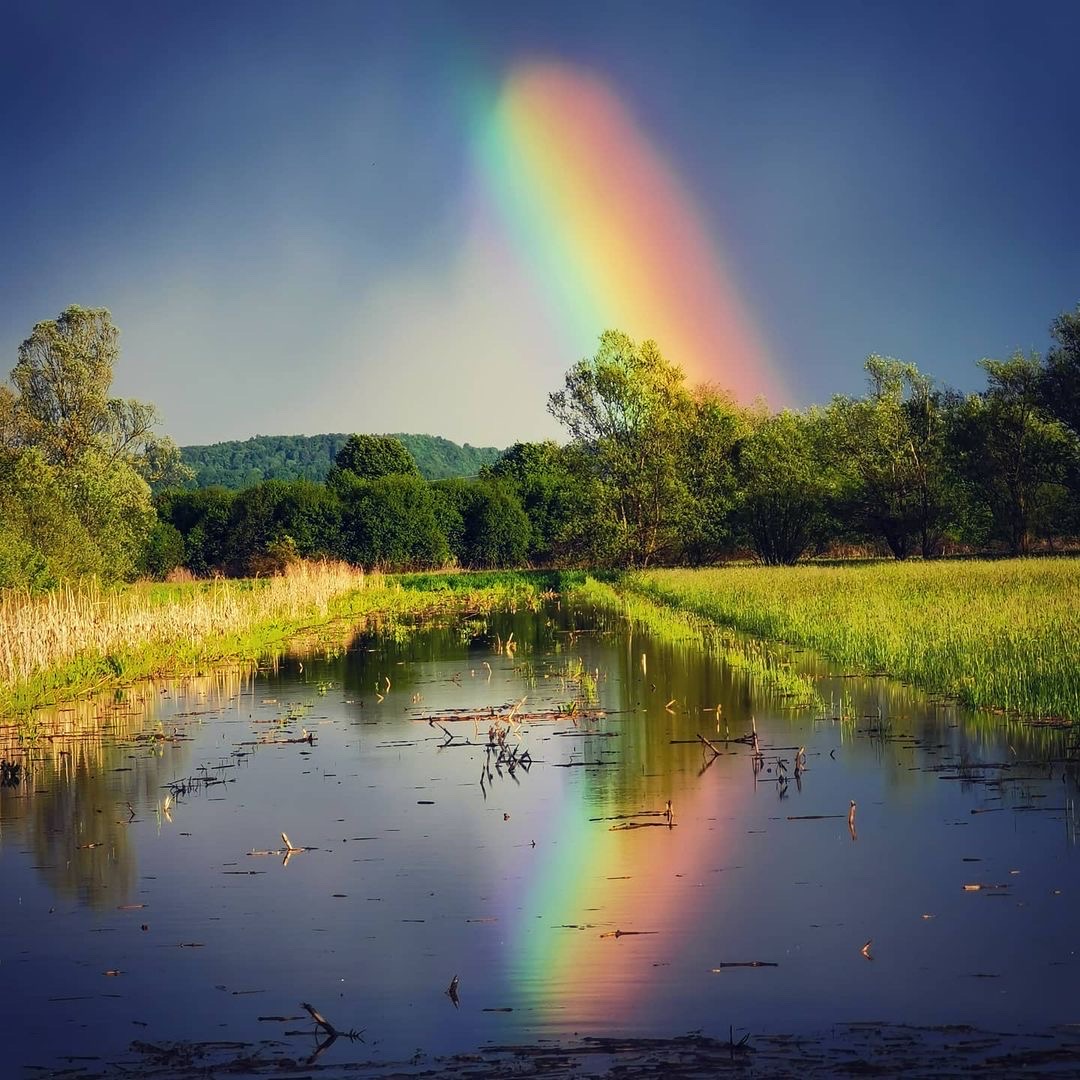 This beautiful photo of a rainbow and its reflection was taken at the Ljubljana Marshes by Tjaša Potočnik (@potocnikovatjasa). 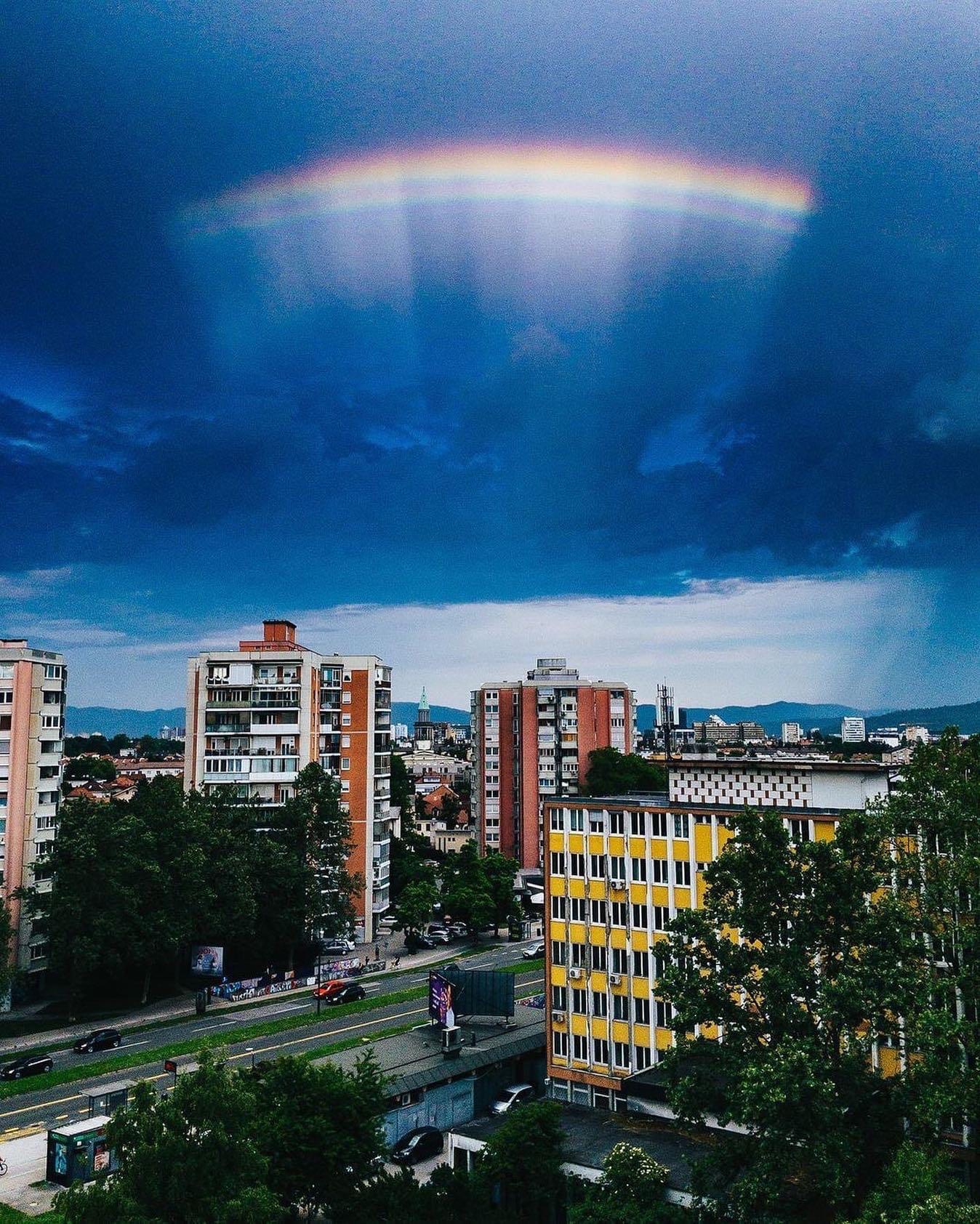 Such a rainbow is probably quite rare, appearing through an opening in the clouds. The most popular comment of Miha Rekar’s photo (@miharekar) on Instagram was “I love Šiška”. 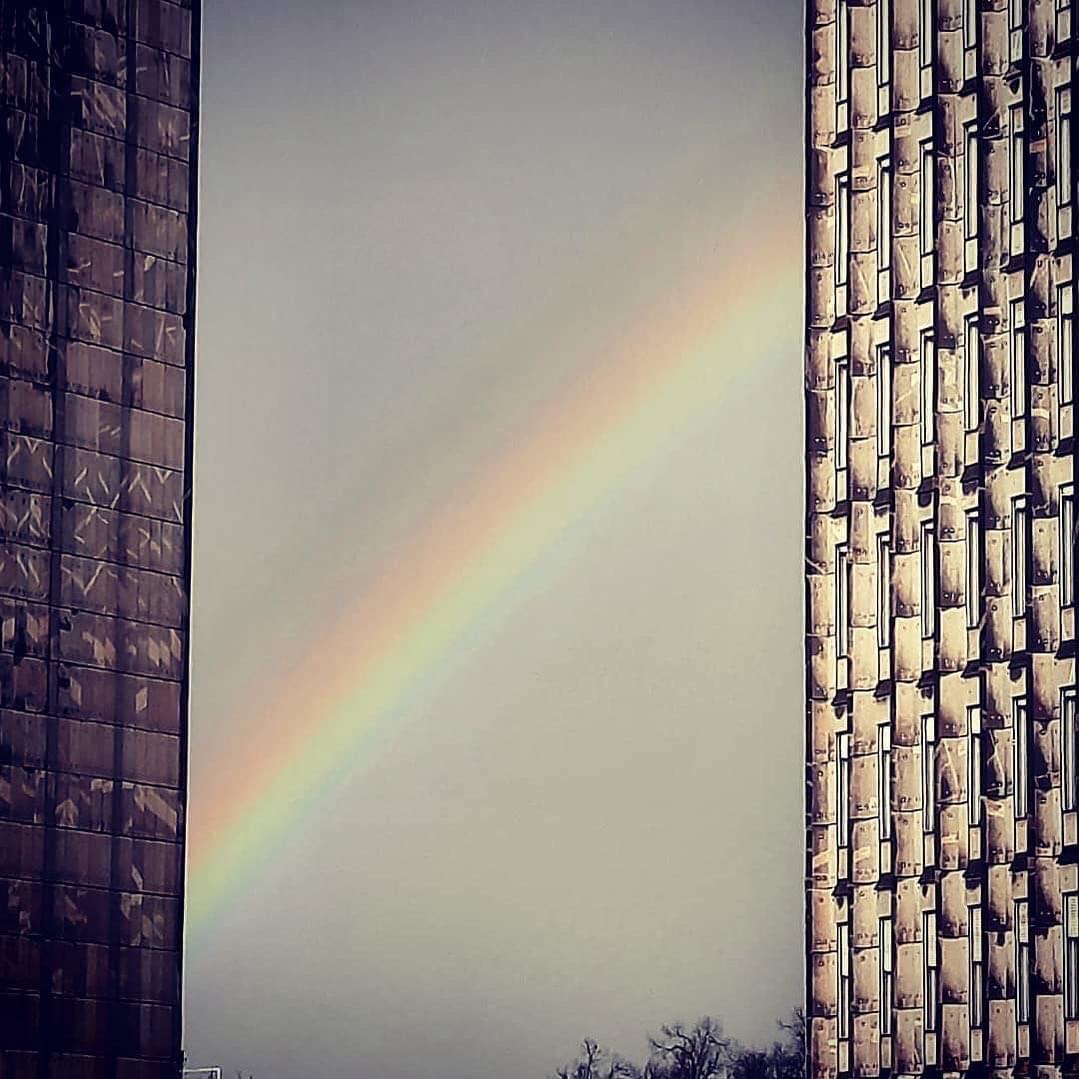 The rainbow captured by Saša Tabaković (@belart_sasat) appeared between the skyscrapers on Republic Square.